"Getting to do another album with Decca has me floating on air": Jeff Goldblum confirms second record at Glastonbury 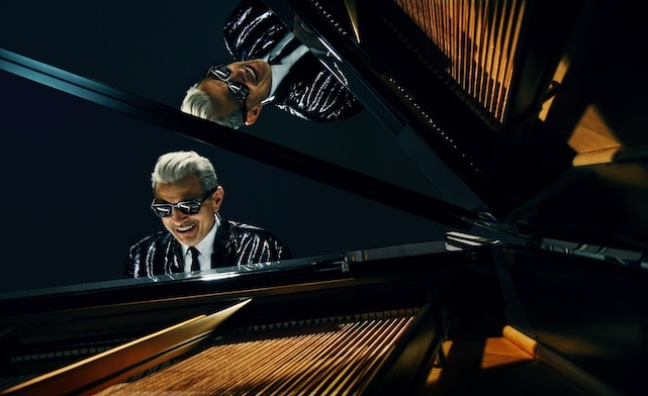 Following on from the success of his 2018 debut album, The Capitol Studios Sessions, Jeff Goldblum has revealed that he is to release a second record on his label Decca later this year. Goldblum landed a No.1 jazz album in both the UK and US with his debut.

Goldblum announced the follow-up from the West Holts Stage during his Sunday afternoon set at this year’s Glastonbury Festival – which marked his first ever visit to Worthy Farm.

The Hollywood legend revealed he has been in the recording studio in LA with his long-time band The Mildred Snitzer Orchestra and a variety of special guests. The Capitol Studios Sessions included appearances from Imelda May, Till Brönner, Haley Reinhart and more.

Speaking about the new album, Goldblum said: “Getting to do another album with the sweet, sweet, enchanted elves and sprites from Decca has me floating on air, somebody please pinch me (ow, not so hard). I only hope that listeners feel what I felt when we made the record – an explosive release of ecstasy. It’s amazing to let the cat a bit out of the bag here at Glastonbury in the fleshy flesh!”

Tom Lewis, vice president of Decca Records, added: “It is impossible not to smile in the company of Jeff Goldblum. The man radiates charm and makes you feel glad to be alive. I am so excited that Glastonbury will experience a dose of his magic. We were delighted with the incredible global response his debut album received. He was one of Jazz’s biggest debut artists last year, if not the biggest. His new album is going to be a real treat.”

You can read Music Week’s in-depth 2018 cover feature with Jeff Goldblum tracing his incredible journey from the big screen to the recording studio here.

Goldblum also gave Music Week his thoughts on some of the defining songs of 2018 – you can see what he had to say about The 1975, Bring Me The Horizon and more here.