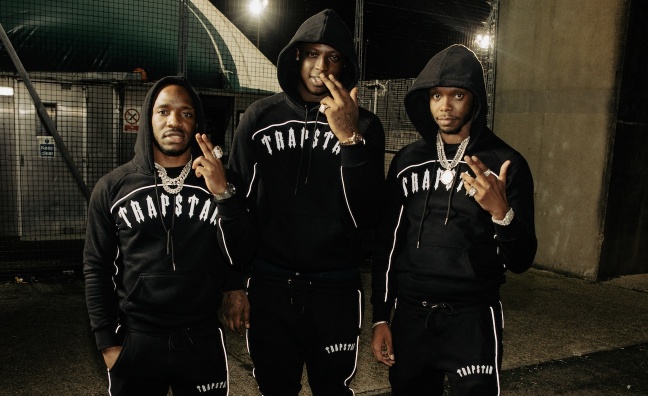 Krept & Konan have told Music Week that they are excited to have “100% control and ownership” of their music as they begin a new era as independent artists.

The duo released new single Dat Way (feat. Abra Cadabra) last week, marking a return to the Play Dirty label they founded before signing to Virgin almost a decade ago.

“After nine years tied to a major label deal and a year of back and forths, we are finally able to release music on our independent record label, Play Dirty, again,” Krept & Konan said. “It is so important to us to have 100% control and ownership of our music. This is how it should be done.”

Krept & Konan starred on the cover of Music Week ahead of their last album Revenge Is Sweet in 2019. It has achieved 67,189 sales to date, peaking at No.5. The campaign scooped the PR award at the Music Week Awards 2020.

It is so important to us to have 100% ownership of our music, this is how it should be done

Before signing the Virgin deal, the duo hit No.19 with their debut Young Kingz mixtape. They went on to hit No.2 with The Long Way Home (68,073 sales) and achieved the feat of having two releases debut simultaneously in the Top 10 with double project 7 Days (91,909 sales) and 7 Nights (38,042).

So far, Dat Way, which is a companion to Abra Cadabra’s 2016 Robbery Remix featuring Krept & Konan, has 196,396 plays on Spotify, where the duo have almost two million monthly listeners, and 415,497 YouTube views. The track is in the running to hit the singles chart this week.

In our 2019 feature, the pair spoke about their fight for recognition in the industry along with their Ban Drill project.

“It’s very draining when you’re in music doing all these things and people are turning a blind eye,” said Konan (real name Karl Wilson). “We don’t want to be wiped out of history. We want to make sure people know Krept & Konan, know what we did and recognise us. We want people to know we realise they’re not noticing us. Hello, we’re here!”

Still alongside long-time manager Riki Bleau, their mission is set to continue as they return to life as an independent act.

Subscribers can read our 2019 cover story in full here.