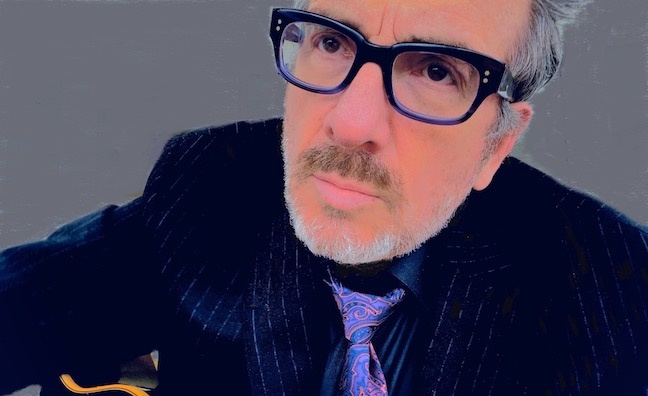 Yesterday’s DCMS Committee investigation into music streaming saw a host of artists, including Tom Gray, Guy Garvey and Nadine Shah, discussing the economics of the format.

There was much criticism of record companies during the discussion, while the streaming companies themselves also faced some awkward claims.

But not all artists and songwriters have a problem with the format. Jon Bon Jovi recently told Music Week that his catalogue was thriving on DSPs, and now legendary singer-songwriter Elvis Costello, who hit the charts earlier this month with his latest album, Hey Clockface, has followed suit.

Many artists of Costello’s generation have led the way in being critical of the effect the shift to streaming has had on their income. But the prolific songwriter – Hey Clockface is his 31st studio album – said his work was flourishing in the new era.

“We’re in a situation now where streaming is the dominant way people receive [music], but that’s not necessarily a bad thing from where I’m sitting,” he said. “I have a lot of songs, so they can be spread out over many, many playlists. The volume of my catalogue works to my advantage in the streaming medium.”

Costello did agree that streaming royalties still need to be looked at.

“It’s obvious that the deals are set up to our disadvantage, but that will eventually be readjusted,” he said. “Because without the musical creators, those are just wires that don’t go anywhere.”

Costello expects that CDs and downloads will soon “disappear” but that vinyl albums will continue to exist alongside streaming services.

“We’ve won the battle now that vinyl is a superior medium for the sound of the music being heard,” he said. “It’s an absolute no-brainer that it’s better than MP3. It’s probably better than CD as well and it truthfully isn’t any less durable than CD, which can also be damaged and scratched.

The old ways were a swindle too, they were just a different kind of swindle!

“I believe you can have the two things simultaneously: a finished product like the Armed Forces box set, a real box of tricks and wonders, or you can hear the same music on a stream. And what is a stream but radio without all the unpleasant talking?”

Costello also attacked the economics of the CD and download era, saying it was a myth that artists always received more cash from those formats.

“I’m always surprised when people of my generation throw their hands up and say, ‘The old ways were better’,” he said. “No, the old ways were a swindle too, they were just a different kind of swindle! We got good work done and some people got rich and some didn’t get paid. Some people laboured on in obscurity but we love them in retrospect. What’s changed? Nothing.”