Spotify's Sulinna Ong on backing the BRITs class of 2021 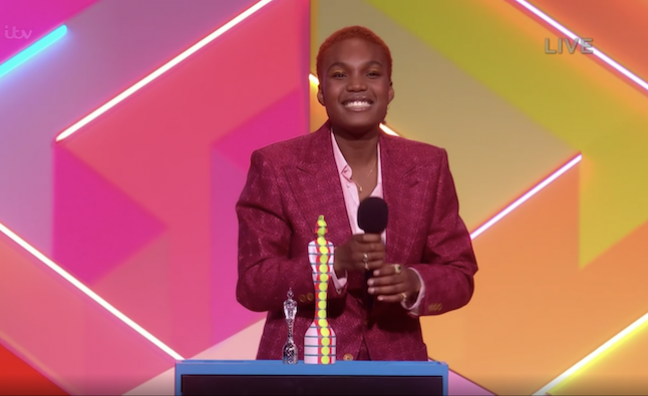 There was a good showing for new UK talent at this year’s BRITs, including multiple nominations for Young T & Bugsey, Celeste and Arlo Parks, who triumphed in the Breakthrough category.

Spotify has been backing breakthrough artists during the pandemic, as well as working with more established acts. Recent campaigns include an online listening party for The 1975 using the immersive Spotify Storylines feature, a tie-in street basketball style mini-game for AJ Tracey fans and an augmented reality Canvas experience for Sam Smith’s Diamonds single. Spotify also teamed up with Notting Hill Carnival with a dedicated microsite.

“It’s absolutely amazing to see their success over the past year culminating in three BRIT nominations. When we selected Young T & Bugsey as our debut Radar artists back in March 2020, we were really excited about where they could go and how we could support them. Then the pandemic hit and we had to pivot our strategy slightly, but they’ve actually been one of the biggest lockdown success stories. Not only have we seen a significant uplift in listeners from the UK, but they’ve also enjoyed international growth – especially in the US.

“The Radar programme is a key priority for us at Spotify: the focused 12 months’ of support we offer artists on the programme gives us an opportunity to work closely with the selected emerging artists and their teams to get their music heard and deepen connections with their fans and audiences. Seeing artists like Young T & Bugsey come through Radar and take their career to the next stage with multiple BRIT nominations is the reason why we created a dedicated programme of support for emerging artists. It’s the ultimate marker of success and one we hope to emulate again and again as we introduce and support new artists through Radar.”

Female representation has improved at the BRITs with a strong showing among this year’s winning artists – can you outline the Spotify initiatives on this front?

“Gender inequality in music needs addressing and it’s important that women creators from all backgrounds have the same opportunities to showcase their incredible talent and hard work. It’s great to see progress at the BRITs, but the industry still has a long way to go. At Spotify UK and Ireland, I lead a music team with 50% representation of women in senior positions: increasing the representation of women in the industry is something we are passionate about and push for every day. There are so many diverse voices that deserve to be heard in our industry.

“Earlier this year for International Women’s Day we announced our Equal programme, which is designed to provide equal representation for women in the industry and bring them into centre stage. It’s an ‘always on’ programme; just last month we announced Griff as our first Equal artist of the month. She’s already a formidable talent – as her 2021 BRITs Rising Star award goes to show – but what is really exciting for me is her passion for equity in the industry. It’s artists like her that can really drive change and move the music industry forward.”

How has Altar supported BRITs nominees Bicep and broadened their reach for dance fans?

“Our playlists are one of our most important drivers of discovery on platform and one of the key tools we have to support artists and help them reach new audiences. Earlier this year we teamed up with Bicep to launch a guest takeover of our hugely successful Altar playlist. The takeover saw Bicep bring all the heft of their euphoric energy and global sound to the playlist. Altar offers the best of new alternative and underground electronic music and provides a space for dance music fans to discover new tracks spanning current club culture. It was a perfect match for Altar and an opportunity to spread Bicep’s music further , straight off the heels of the launch of their second album Isles on Ninja Tune.

“Spotify commissioned Studio Degrau, Bicep’s creative design agency, to create bespoke visuals to tease and promote the takeover, in line with the visual identities of both Bicep and Altar. A week-long teaser and marketing campaign included on-platform marketing support, plus a social marketing campaign across the Spotify and Bicep social channels – making the takeover into a real moment for Altar and Bicep fans.”

Dua Lipa was a double BRITs winner - how is Spotify continuing to support the campaign?

“The release of Future Nostalgia was one of the biggest moments on Spotify in 2020. It was the most streamed album in a day (or first day) by a British female artist globally, in the UK and in the US. We supported with a full on-platform experience for fans called the Future Nostalgia Experience. This included new exclusive video content and visuals that gave fans a deeper look into the tracks and inspiration behind them in Dua's own words. It was really just the start of the success and we continued to support the album and tracks with campaign moments like Wrapped and our Songs of Summers playlist, which both provided new opportunities for us to celebrate the success and fan reaction throughout the year.

“As a platform we are in a position to continuously support artists in reaching new audiences both in the UK and internationally. Future Nostalgia was one of the Top 5 most streamed albums of 2020 globally and even now over a year later, the track Levitating is in the Top 10 of the Spotify charts in both the UK, US and globally and has been in Today’s Top Hits for a little over seven months now.”

Arlo Parks and Celeste are significant UK breakthrough acts, how did Spotify help both artists in a challenging period for new acts?

“This year, we’ve worked closely with Celeste on her debut album, commissioning and producing exclusive creative for her Storylines on Spotify, which provided an insight into the songs and her creative process. We also worked with her  on a new Music + Talk show called Womn, which debuted for International Women’s day and as part of our Equal initiative. Music + Talk is a new audio experience that combines music and talk content together, giving hosts the opportunity to share personal experiences around selected music in one easy and sleek package for listeners. In the absence of physical opportunities to connect and interact with fans - formats like Music + Talk give artists a space to create a deeper connection with their audience and fans.

“Spotify has supported Arlo Parks from her very first single, and this ongoing partnership resulted in a global artist marketing campaign to support the release of her debut album, Collapsed In Sunbeams. Spotify commissioned photographer and videographer Lillie Eiger to create a bespoke visual identity for Arlo’s album campaign, which was used across OOH advertising in London and New York, Spotify Storylines, social marketing campaigns and playlist covers. We worked with Arlo to create a series of playlist clips in Pollen [one of Spotify’s genre-less playlists], which gave users an insight into the making of each track on the album. We also created a Behind The Pen featured on the Spotify Noteable Instagram, providing a deep dive into Arlo’s journey as a songwriter, poet and musician to date.

“Finally, we ran a partnership between Spotify’s genre-less playlist Our Generation and Dazed, which gave Arlo the opportunity to champion an up-and-coming artist of her choosing, Molly Payton. The illustrator for Our Generation, Eliza Williams, created bespoke illustrations and animations for Arlo and Molly, which were featured across the Our Generation playlist and all partnership marketing; Arlo and Molly featured in a Dazed Head To Head feature, allowing a longer-form opportunity for Arlo to introduce Molly; and the partnership was promoted via organic and paid marketing across the Dazed and Spotify digital channels, encouraging audiences to listen to their music in Our Generation.”

New artists will have live opportunities again - how will the relationship between live and streaming evolve? How can you amplify live activity on the platform and help new acts?

“There are so many opportunities for ‘live’ and streaming to complement one another: whilst the pandemic showed how much we miss live events, it also proved the role that streaming can play in helping fans access their favourite music and discover more. In 2020, necessity being the mother of all invention has never been truer: there have been countless examples of innovation and creativity in the digital and virtual space, and I’m confident that will continue as a complement to live once lockdown eases.”