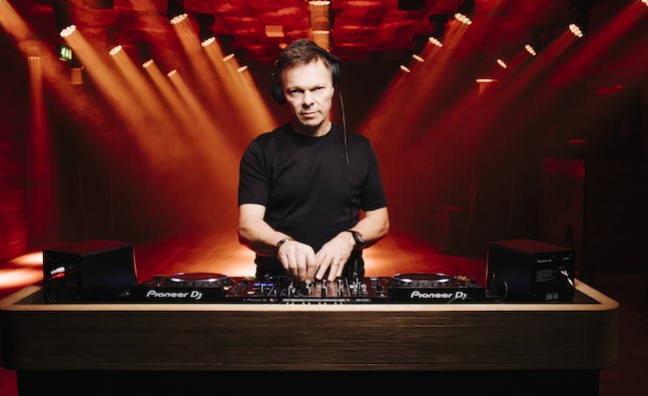 Pete Tong has cemented his relationship with Sony Music by moving to the major for his Ibiza Classics recording project with conductor Jules Buckley.

Pete Tong and the Heritage Orchestra scored a No.1 album with 2016’s Classic House (241,791 sales to date - Official Charts Company) and built an arena touring live business around the reinterpretation of club classics. The model created by the DJ and Radio 1 broadcaster became widely imitated in the dance sector.

Following two further Top 20 releases in the series with Polydor/UMC - 2017’s Ibiza Classics (141,229 sales) and 2019’s Chilled Classics (32,501 sales) - Pete Tong has taken a new approach and partnered with Ministry Of Sound for the next release.

While the series has so far targeted Q4 physical sales, next month’s Pete Tong + Friends: Ibiza Classics will be a digital-first release (December 3) followed by a vinyl edition on February 4, 2022. There are currently no plans for a CD.

“We’re hugely excited to be in partnership with Pete,” Ministry of Sound president Dipesh Parmar told Music Week. “We wanted to make his proven classics model work for a new generation and present the songs in a way that could work on a variety of different platforms, which of course included the dancefloor - and I think we achieved exactly that with this new EP.

“We didn’t want to follow the same recipe as previous albums, we wanted to reinvigorate the brand and put together a timeless collection of reimagined Ibiza classics. Pete was completely on board with the collaborations idea and, given what a legend he is, there was no surprise at how many artists wanted to be involved - it’s a stellar line up including Becky Hill, Riton, Eats Everything, Vula, Artbat, Franky Wah, Elderbrook, Kolsch and more.”

The EP lead single featured Tales Of Us on a reworking of Hans Zimmer’s Time. It was followed by the reimagining of Farley Jackmaster Funk‘s classic Love Can’t Turn Around by Pete Tong, Riton, Vula and the Heritage Orchestra.

“Sony was the one organisation I'd never worked with before,” he told Music Week ahead of this month’s MITS event. “I had great admiration for Rob Stringer, and the Sony family just welcomed us in. Everyone I'd kind of been competitors with my whole career, suddenly we're all on the same side.”

Click here for our career retrospective Q&A with Pete Tong.