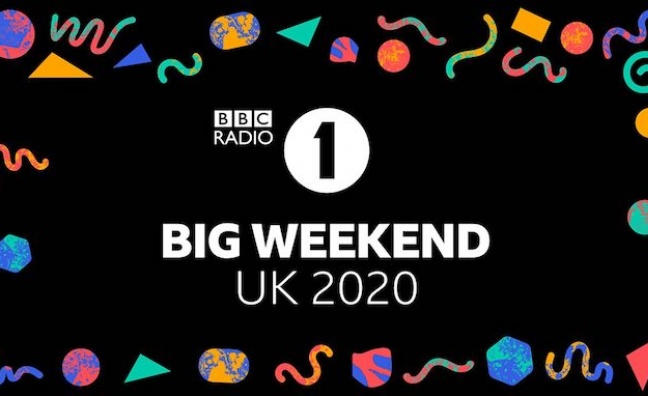 This year’s event is going ahead this weekend (May 22-24), but performances will be filmed remotely due to the Covid-19 lockdown.

In the latest issue of Music Week, we look at how radio stations are supporting the music industry during the coronavirus, including Radio 1’s flagship event Big Weekend.

“It’s been a huge job,” said Radio 1’s head of music Chris Price. “We had booked the line-up for the Big Weekend in Dundee, a Big Weekend that wasn’t to be and has mutated into something very different.”

“The line-up across Saturday and Sunday on the Radio 1 stage is absolutely phenomenal,” said Price.

“We’re a new music station, it’s always been a central pillar of what we do. So whether it's programming the Radio 1 playlist or programming the stage for Radio 1’s Big Weekend, it's always been about giving a platform to new emerging artists alongside well-established names. On the same stage as Ellie Goulding or Sam Smith, you've got newer artists like Lauv, Young T & and Bugsey, Aitch, Rex Orange County. That's what we do, we try to give a platform to new music.”

The live action will air on BBC Radio 1 and BBC Sounds, with visual highlights on BBC iPlayer.

“I have to really hand it to Matt Fincham [editorial lead, music team] who has delivered the lion's share of this line-up, he’s done an absolutely phenomenal job,” said Price.

The 1 Xtra Stage features Afro B, Mahalia and Ms Banks, while the BBC Music Introducing Stage has a wealth of fresh talent including The Snuts, JC Stewart, Be Charlotte, Cavetown and headliners Georgia and Jack Garratt, a former BRITs Critics’ Choice winner.

Price credited the work of the BBC Music Introducing team for the line-up.

“Jack Garratt and Georgia are headlining a long list of really amazing new names – I can’t wait to get stuck into that,” he said.

Performances have been filmed in advanced and then scheduled for this weekend.

“It’s a very different ask, getting artists to perform from their own homes,” said Price. “It was doing the Stay At Home Live Lounge that gave us, and perhaps the artists as well, the confidence to know what's possible.

“Both were born out of the same determination to make sure that our commitment to live music was not going to be quashed by coronavirus, to feed the audience’s hunger for live music, albeit in a very different form.”

The cover of Foo Fighters’ Times Like These made No.1 and has sales to date of 149,763, according to the Official Charts Company. The remotely produced multi-artist video, which premiered on BBC One, has also provided lessons for the online Big Weekend.

“The Stay At Home Live Lounge taught us an awful lot,” said Price. “There was quite a clamour for people to get stuff out there quickly [early in the lockdown] and a lot of people were doing a lot of things, like One World: Together At Home. People were rushing things out, but we decided to take our time and focus on getting the execution of it right.

“I’m really glad that we did, because it really stands up, it’s a beautiful song that Fraser [Fraser T Smith] produced that bears repeated listening, and the amazing video that Phill Deacon produced really withstands repeated viewing. So a lot of the stuff that we learned from the Stay At Home Live Lounge you will see flowing through to Radio 1’s Big Weekend. It will sound amazing on BBC Sounds and look amazing on BBC iPlayer.”

“The team has been working with labels to make sure that the best of the best performances are up there,” said Price. “There's a real appetite for the live music that we can satisfy through BBC Sounds, the iPlayer and Big Weekend.”

However, Price acknowledged that this is not the same kind of event as an outdoor Big Weekend.

“It's really hard to say whether Lauv or Yungblud will see the same uplift in sales as they would from appearing on a real stage,” said Price.

“This is a very different Big Weekend, let’s be under no illusion that this is not the same as having 35,000 people in a field together in Dundee or Swansea. This is about making sure that those people who have an unsatisfied hunger to experience live music under these very weird circumstances that we find ourselves, can do so and that new and established artists get that platform.”

BBC Radio 1 is nominated in the Radio Station category at the Music Week Awards on September 21.