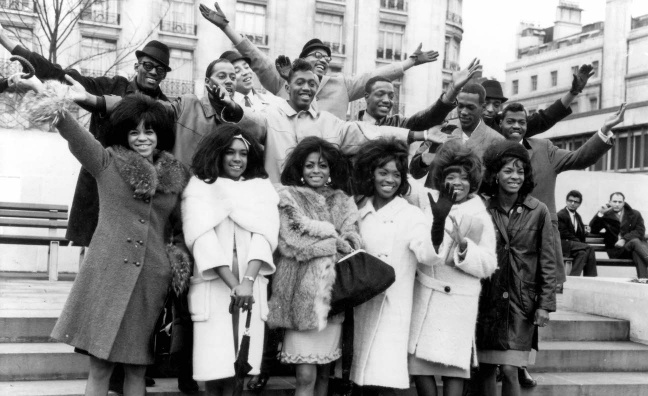 On Christmas Day, BBC Two presents When Tina Turner Came To Britain. Featuring previously unheard interviews with Tina Turner, the programme tells the story of the superstar’s relationship with the UK.

Tina Turner said: “The love, energy and support I’ve had from Britain over the years has been amazing. I couldn’t have enjoyed the career I’ve had without my time spent in the UK and collaborations with amazing British songwriters, musicians and producers. From my very first visit to London in 1966 I always enjoyed visiting Britain and performing for fans across the country – it felt like my second home.”

The film features contributions from those who have met and worked with Tina Turner, including Glenn Gregory and Martyn Ware of Heaven 17; singer P.P. Arnold; Skunk Anansie’s Skin; Arlene Phillips, who choreographed the music video to Private Dancer, filmed in the Rivoli Ballroom, London; and promoters Jenny and Barrie Marshall.

The film begins with Tina Turner’s first visit, when, alongside her then husband Ike, she supported The Rolling Stones on tour in 1966. It spans more than five decades with footage of her attending the world premiere of Tina: The Musical in London, in 2018.

On New Year’s Day, BBC Two tells the story of the very first UK tour undertaken by musicians on the label, including Stevie Wonder, The Supremes, Martha Reeves & The Vandellas and Smokey Robinson and The Miracles in When Motown Came To Britain (pictured).

In 1965, some of Motown’s brightest new stars arrived in the UK for a pioneering tour which saw them perform in Liverpool, Leicester, Wigan, Bristol, Newcastle, London, Bournemouth, Cardiff, Manchester and Glasgow.

Jonathan Rothery, BBC head of Pop Music TV, said: “Both films take a fascinating look at much loved stars through the filter of the times they’ve visited our shores.”

Accompanying When Motown Came To Britain on New Years’ Day is Lamont Dozier at the BBC (BBC Two) – a selection of BBC archive performances of the legendary Motown songwriter’s best loved and most recognisable hits. In addition, BBC Two will show Marvin Gaye: Live at Montreux, a film which captured Gaye’s performance at Montreux Jazz Festival in July 1980.

The love, energy and support I’ve had from Britain over the years has been amazing

As well as exploring these historical musical moments, BBC Pop Music TV celebrates contemporary music. Top Of The Pops Review Of The Year 2022 (Saturday, December 24, BBC Two), hosted by Radio 1’s Clara Amfo and Jack Saunders, takes a look back over the last 12 months, including the biggest stories and artist performances from some of the hottest artists of 2022.

The Year In Music At The BBC: 2022 (Friday, December 30, BBC Two) takes a look back at musical performances on the BBC. The programme revisits moments such as Paul McCartney at Glastonbury, Diana Ross at The Queen’s Platinum Jubilee Party at the Palace and Harry Styles at Radio 1’s Big Weekend.

Other Pop Music TV highlights to be broadcast throughout December include performances from Self Esteem (December 10), Idles (December 18) and Mykki Blanco (December 18 ) at the BBC Radio 6 Music Festival 2022 in Cardiff on BBC Two, with festival sets from Father John Misty, Johnny Marr and Wet Leg also available on BBC iPlayer now.

First up this week is MOBO Awards 2022 (BBC One, Wednesday December 7), in which BBC Radio 1Xtra’s DJ Target gets behind-the-scenes access at the ceremony in London’s Wembley Arena and brings viewers exclusive interviews as well as performances from the night.