Gary Barlow stars on the cover of the new Music Week 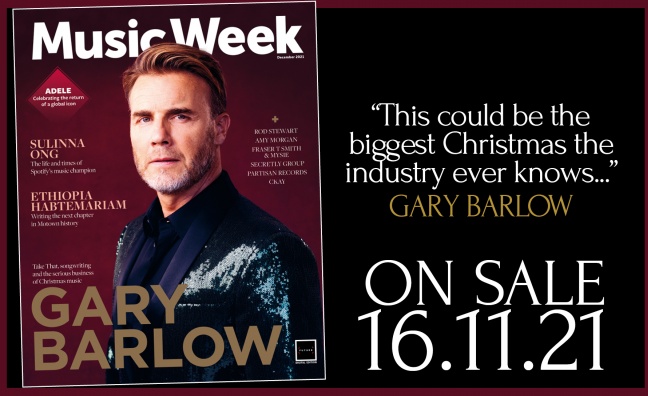 As the run-up to Christmas hits full swing, Music Week is delighted to unveil Gary Barlow as our brand new cover star.

The legendary Take That songwriter is gearing up for his first ever Christmas album, and he sat down with us to tell the full story of a record that he hopes will become a festive classic for years to come. Lifting the lid on what promises to be a huge campaign are Polydor co-presidents Tom March and Ben Mortimer, alongside Barlow’s long-time manager, YMU Music’s Chris Dempsey.

To go with his yuletide extravaganza, Barlow has some huge Take That news, and we speak to SJM Concerts’ Simon Moran about the band’s potential return to the stage.

In our latest Music Week Interview, we meet Spotify’s Sulinna Ong, who was recently crowned Music Champion at our Women In Music Awards and is soon to leave Spotify’s UK & Ireland operation to take up a new role as global head of editorial in LA.

Also a winner at Women In Music, Motown Records chairman & CEO Ethiopia Habtemariam has had a 2021 to remember, and we meet the label boss to look back on her career so far and hear her plans to take the iconic imprint into a new era.

We catch up with Ivor Novello-winning producer Fraser T Smith and widely-tipped newcomer Mysie, joining both in the studio to go deep into their creative process. 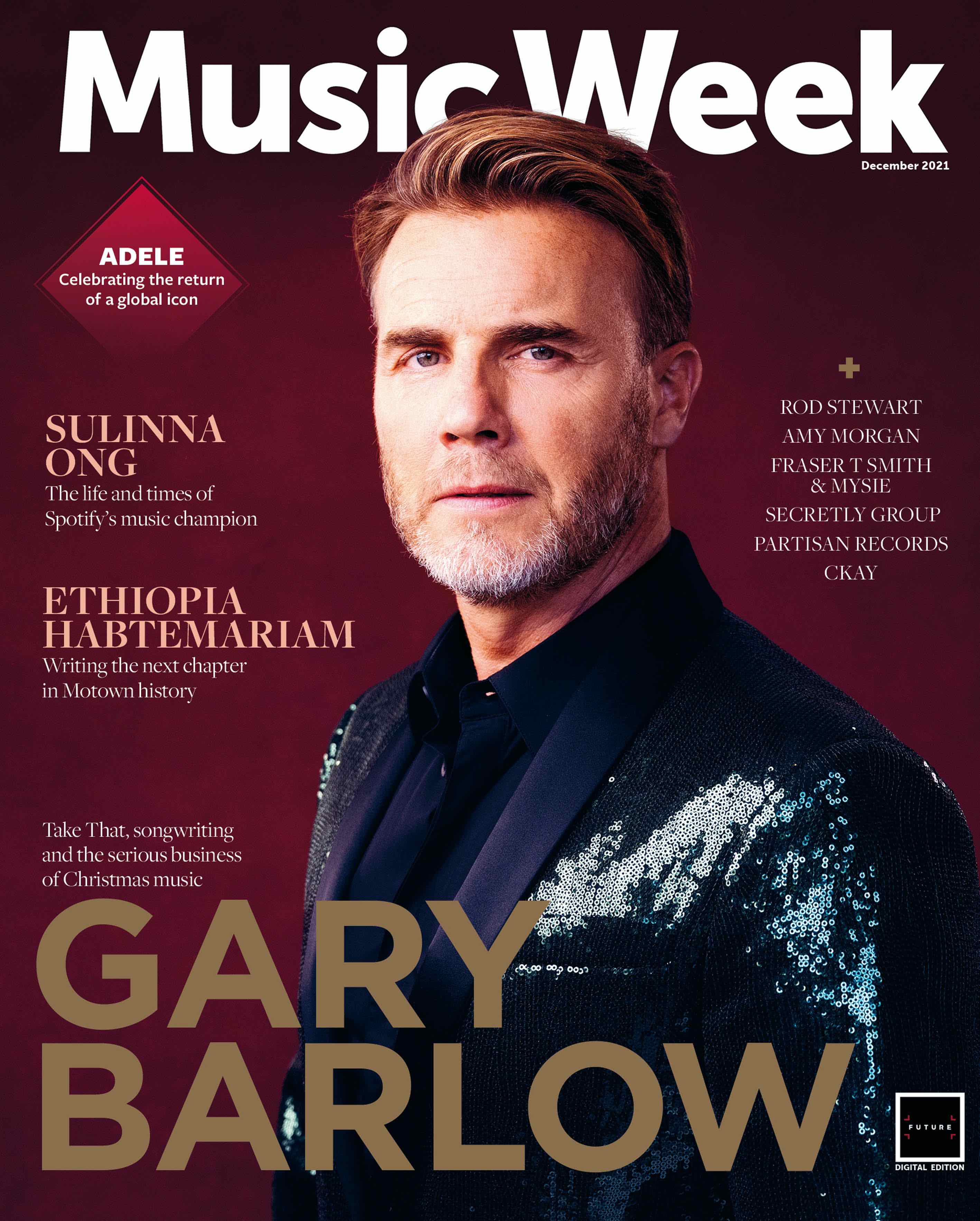 As Glass Animals’ hit single Heat Waves continues to rack up milestones, September’s Amy Morgan meets Music Week to talk management and publishing and to tell the story of how she steered the band to DSP domination.

Also in the features section, we celebrate the 25th anniversary of Secretly Canadian and Jagjaguwar, as Secretly Group’s UK team tell us how they are building an independent music company unlike any other. This month’s Hitmakers sees Nigerian star CKay (real name Chukwuka Ekweani) reveal the story behind his current smash Love Nwantiti (Ah Ah Ah).

Finally, we unveil Release Radar, our revamped coverage of  Q4, the music industry’s busiest time of the year. In print, there’s the lowdown on what to expect from the executives leading the charge for Universal Music UK, Sony Music UK and Now, while our brand new online hub will house every release you need to know about throughout the quarter. Find full details right here.

Elsewhere in this issue, we gather executives from streaming and retail to celebrate the return of Adele in this month’s Big Story, as the industry awaits the sure-to-be-massive impact of her fourth album, 30.

Also in news, we report on the latest diversity initiatives at PPL and PRS, while in our Spotlight Q&A we meet Partisan Records MD Zena White to talk all things indie, plus the impending return of chart-topping stars Idles.

Our latest Frontline section features AI music creation business Musiio in Start Me Up, while singer-songwriter Tom Speight unveils his podcast ambitions for the new installment of In Pod We Trust. Our digital guru Sammy Andrews returns with an unmissable edition of Digital Discourse in which she tackles the songwriting credits debate.

In On The Radar, we get to know Eurovision winners Måneskin, who talk us through their story so far and explain their assault on the UK singles chart. This month’s Incoming interview stars Johnny Marr, who lets us in on his four-part new album, while EMI head of marketing Helen Kennedy plots the major’s plan for the new Bastille album in Campaign Trail.

Shesaidso founder Andreea Magdalina is this month’s Tastemaker, Chelsea Carmichael opens up about her jazz sound in Making Waves and there’s a big Johnie Walker hook up for Sony in Sync Story.

Our latest Mentor Me page in collaboration with Girls I Rate sees YouTube Music’s Sheniece Charway, who won Rising Star at our Women In Music Awards, dish out her top career advice. Music Venue Trust CEO Mark Davyd’s regular live column focuses on how we can restabilise the grassroots scene as Covid restrictions ease.