'There is a sense of loyalty to Radio 1': Rhys Hughes on organising a Big Weekend 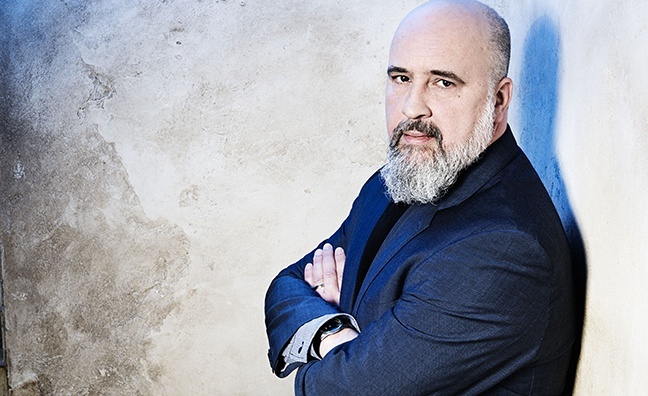 Are you pleased with the bill for this year’s Biggest Weekend?

Chris Price, the head of music, has done a great job booking this line-up and I’m really excited actually about seeing Miley Cyrus in Middlesbrough, I think that’s going to be quite a moment really. It’s strong, we’ve got Billie Eilish on there, who’s incredibly hot at the moment, Khalid, doing good business out in the states, Stormzy, yeah I think it’s a really strong line-up this year.

Will the return of Radio 1’s Big Weekend be on par with last year’s network-wide Biggest Weekend?

Well hopefully yes. Obviously the Biggest Weekend was probably a more eclectic bill obviously reflecting 6 Music, Radio 2 and Radio 3, we had Noel and Liam Gallagher last year for Radio 2, Nigel Kennedy for 3 and the likes of Beck, Underworld and Orbital for 6 Music, so it was a stellar line-up last year and I was really happy with it. But I do think for a Radio 1 Big Weekend this is a really, really great line-up.

What the reaction like locally to bringing the Big Weekend to Middlesbrough?

It sold out in about an hour and 40 minutes. It’s a 32,000-capcity each day, so we did 64,000 tickets in just under two hours. It’s not quite as fast as Swansea Biggest Weekend last year but yeah still very strong ticket sales.

How careful do you have to be about not disrupting sales elsewhere in the live sector?

One of the reasons that I chose Middlesbrough was that there isn’t a commercial festival in Middlesbrough, big touring acts tend to go to either Leeds or Newcastle so they do not get those sort of huge, Miley Cyrus, 1975 level names in Middlesbrough. The site, Stewart Park in Middlesbrough, I fell in love with. It’s a very pretty site. It’s where Captain Cook was born too – it’s a great site. The Big Weekend was in Sunderland in 2005, so we haven’t been in the north east for about 15 years.

From your work with labels do you find they value Big Weekend?

I think so. We’ve been careful where we placed it, May Bank Holiday, because it feels like festival season starts here. There’s quite a few festivals around the UK on that final may bank holiday so it feels like the start of the festival season. The exposure that these artists will get, not only on Radio 1, but also on BBC iPlayer, and some BBC2 and BBC1 highlight slots over the weekend, talks to the strength of the relationship between Radio 1 and the artists. There are artists on this bill like The 1975 that we have supported from the very beginning. I think there is a sense of loyalty, particularly from some of the UK acts that have maybe grown-up with Radio 1. They appreciate that we were there from the beginning.

How delicate it is booking big acts without affecting other festival exclusives?

The festival exclusives issue is very much on our mind. We book  in consultation with the labels and the major festival promoters. I have been involved in those conversations around festival exclusives, so we try and tread carefully, but I think we’ve pulled off a pretty stellar line-up this year. Our event tends to sell out very quickly, so it’s not like we’ve got tickets in the market for months on end. Of course, the BBC – not just Radio 1, but 1Xtra, 6 Music and Radio 2 – will be supporting other UK festivals across the summer from an editorial perspective, so We work closely with the festival promoters.

Yeah, it’s huge. We’re absolutely delighted we’ve got Billie.You can just see with the way she’s exploded on social media, YouTube, Spotify and all the streaming services over the last nine months, that she’s a really big artist for us.

Will Radio 1Xtra presence have a presence at the weekend?

With Stormzy, Dave, Khalid, Mabel and Sean Paul playing there’s a lot for 1Xtra there. We will have some 1Xtra presenters up in Middlesborough and some of those sets will be played out on 1X too.

You mentioned BBC1 and 2 highlights, will the TV coverage be bigger this year?

It’s probably a step up from where we were a couple of years ago, but it’s also a reflection that we did over 15m views over the weekend for Biggest Weekend last year. We’ve got a highlights package for Big Weekend in Middlesbrough on BBC1 and I’m really pleased about that.

What other changes have you made with the Big Weekend’s return?

One thing that we are doing differently this year is putting an extra night on on the Friday. We are doing a 6,000-capacity dance night. So we will have Mark Ronson and some other acts, along with Annie Mac and Danny Howard. That will be live on the radio on Friday night in the second stage. We’ve done some club nights on the Friday night before the event before – we did a club night down in Swansea before the Biggest Weekend. We just thought actually we’ve got the site there, we’ve got a 6,000-capacity tent? Why don’t we do it on the site and do it as really cheap ticket price?