'He is one of the most talented and successful songwriters': Sony/ATV extends deal with Jack Antonoff 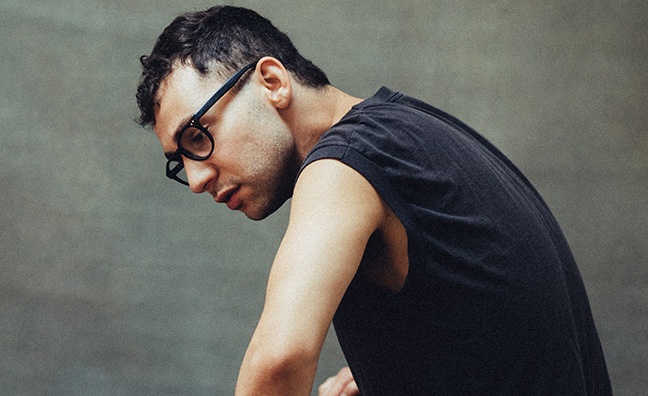 Sony/ATV Music Publishing has extended its worldwide deal with Jack Antonoff. The singer, songwriter and produced has scored hits over the past year with Taylor Swift, Lorde and Pink.

The new, long-term agreement comes ahead of this weekend’s 60th annual Grammy Awards, where Antonoff is nominated for two awards. As well as covering future compositions, the deal includes his work on Swift’s Reputation, Lorde’s Melodrama and Pink’s Beautiful Trauma.

Sony/ATV chairman and CEO Martin Bandier said: “Jack is a much-loved part of the Sony/ATV family and I couldn’t be prouder of his success, especially over this past year when he has enjoyed a run of No. 1 successes as well as receiving two Grammy nominations. He is one of the most talented and successful songwriters in music today, which is why so many of the world’s biggest artists want to work with him. I am very happy that Jack will continue to be part of our team.”

Sony/ATV co-president, US, Rick Krim said: “We are thrilled to be extending our deal with Jack.  He is one of the hardest-working writers around and it is so gratifying to see that pay off with the success he is currently having. We can’t wait to see what the future brings for Jack.”

The publisher’s co-head of West Coast A&R, Jennifer Knoepfle, added: “Jack is truly one in a million. His passion and enthusiasm for music is never ending, and I continue to be blown away by his commitment to pushing boundaries, his boundaries especially. It’s an honour to be a part of his team. “

Antonoff is nominated for the Album Of The Year Grammy, for his work on Melodrama. He’s also up for Best Song Written For Visual Media for I Don’t Wanna Live Forever (Fifty Shades Darker), which was a global hit for Taylor Swift and Zayn Malik.

Antonoff said: “Sony/ATV believed in me before I had any songs on the radio or any songs that sold more than a couple hundred copies. That means the world to me.”

Tyler Childs, Antonoff’s manager, added: “Sony/ATV is family to us. We’re lucky to work with creative, artist-first executives such as Marty, Rick and Jennifer. They represent the best of the best and we couldn’t be more excited to extend our relationship with them.”

Antonoff previously won Grammys for Album Of The Year for Swift’s 1989 and Song Of The Year and Best New Artist with the band Fun.

He also has a joint venture with Sony/ATV called Rough Customer, which focuses on growing his team of collaborators and partnering with artists. Its first signing was Canadian singer-songwriter Grimes.