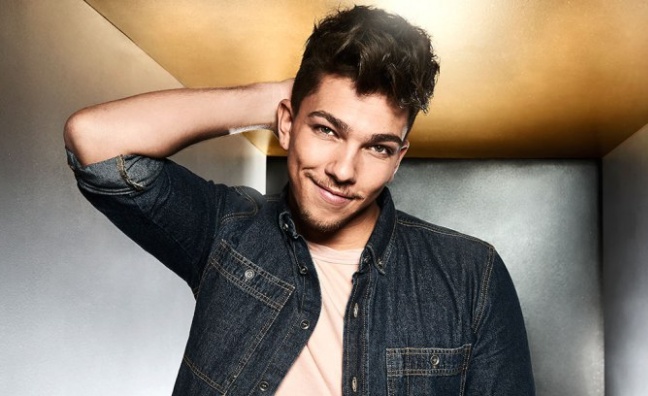 Matt Terry has been crowned the winner of the 2016 series of The X Factor.

The 23-year-old waiter beat Finnish singer Saara Aalto in last night's final at The SSE Arena, Wembley, after 6.4 million votes were cast. The duo battled for the title after 5 After Midnight were eliminated on Saturday night.

Terry is now the bookies' favourite to claim the Christmas No.1 for the winner's single, When Christmas Comes Around, which he performed on the show and was released immediately after the final. The charity track has been co-written by Ed Sheeran and Amy Wadge, the first time the pair have shared writing credits since Sheeran's smash hit, Thinking Out Loud, from his 2014 X album.

As a result of its exclusive deal with Wadge, independent publisher BDi Music takes on co-publishing duties for the track.

BDi Music MD Sarah Liversedge said: “The dream team does it again! We’re delighted to share in the Christmas festivities with Amy, Ed, Matt Terry and X Factor. 2016 has been a huge year for Amy and BDi Music. Seeing Thinking Out Loud win Song Of The Year at The Grammys was a real achievement. It doesn’t get better than that… Or does it? I am a very proud indie publisher right now.”

As previously announced by the Official Charts Company, The X Factor winner's single will not be getting a physical release for the first time. Proceeds from downloads and streams of the song will go to children’s charities Together for Short Lives and Shooting Star Chase.