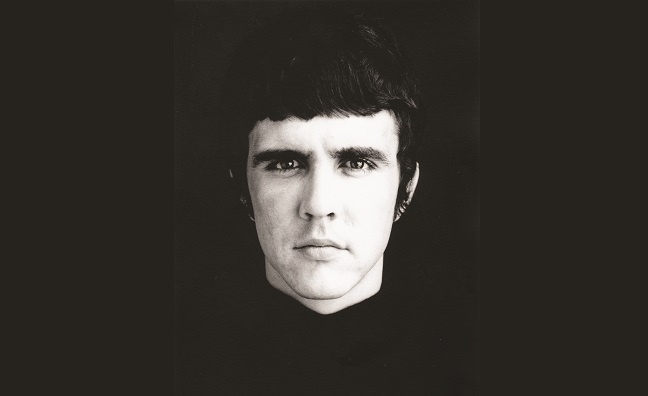 Dave Clark has spoken to Music Week about the astounding longevity of his legendary Tottenham combo, who cracked the UK Top 10 last month with their highest-charting album in 41 years.

Comprising 28 recordings remastered by Clark at Abbey Road Studios and available on vinyl for the first time in 40 years, All The Hits by The Dave Clark Five was released via BMG on January 24. The collection peaked at No.10 on first week sales of 5,384.

"When I had the group, if we mixed with anybody of 30 or over, we thought they were old," laughed Clark. "We had 15 consecutive Top 10 hits in America within two years, which is a record and was exciting and wonderful, but you didn't expect it to last."

The group spearheaded the British invasion of the US in the 1960s and appeared on the iconic Ed Sullivan Show a record-breaking 18 times, which had a weekly audience of 70 million, and sold over 100 million records worldwide.

You don't take it all in," admitted Clark. "This is not being modest, this is being honest. When it happened it was on such a mega scale. You went to all these countries but you never really saw anything because you were locked away in hotels, marinas and TV studios. Our biggest audience was a quarter of a million people, which is amazing, but you just live for the moment.

"It’s only decades later that people like Tom Hanks and [Steven] Spielberg come up to you and say, ‘You inspired us’ and you think, ‘My God, these are my idols!’ Bruce Springsteen said [his band] started because of us and I’m very flattered by that."

Clark recently discussed penning The DC5's Glad All Over in Hitmakers, which became the band's sole UK No.1 and was later adopted as a sports anthem, becoming Crystal Palace's 1990 FA Cup Final song and is still played at the club's ground to this day. As a lifelong supporter of Tottenham Hotspur, Clark admitted to having mixed feelings on the subject.

"I’m very flattered, but the one disappointment in my career is that I would have loved it to have been Spurs. But they never picked it up," he said.