Two-thirds of most successful UK albums came from regions outside London, according to BPI report 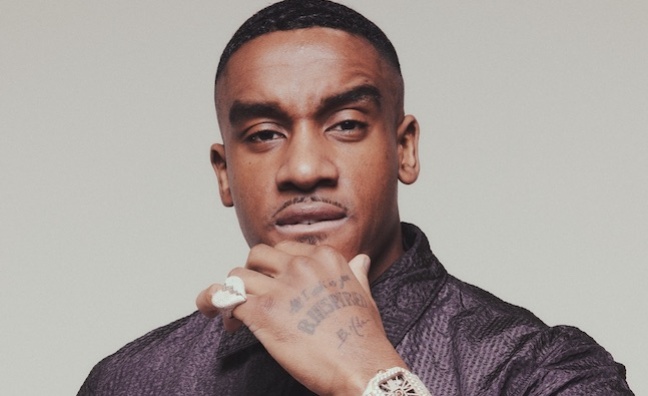 A new report from the BPI analysing the past year's most successful albums has revealed a broad spread of music creativity across the UK.

Nearly two-thirds of the past year's most successful albums came from domestic artists who either grew up or formed their bands in the nations and regions outside London, with the North West leading the way.

Artists in the nations and regions outside London made up 62% of the chart overall, according to the Official Charts Company data used for the report. The report also showed that, "even if the the largely London and/or cities-based genre of rap and grime is removed, the contribution by artists from the rest of the UK is even more pronounced, with the share of music they generate rising to 74%."

Geoff Taylor, chief executive BPI, BRIT Awards & Mercury Prize, said: “The UK has long been recognised as one of the world’s leading music cultures, with a track record of producing globally successful superstars. This new BPI analysis highlights that artistic talent continues to be nurtured and developed across all parts of the UK, and it’s this rich diversity both musically and geographically, supported by record labels, that is the key to our global music status and should be protected and enhanced.”

Together, Liverpool and Manchester accounted for 17 of the top 300 albums by UK artists in the last 12 months. Taking the North West as a whole, there are 29 albums by artists from this region on the top 300 chart. Glasgow, Birmingham and Brighton also featured as major music locations in the BPI survey, with Bristol, the Yorkshire cities of Sheffield and Leeds, Nottingham and Wigan completing the Top 10.

Liverpool’s success reflects a dance music culture symbolised by legendary super-club Cream, with its credentials also highlighted by local DJ and production duo CamelPhat. Rock plays a big part in the North West city’s showing, including guitar band The Wombats who met while attending LIPA, the higher education institution co-founded by Sir Paul McCartney – who has two albums on the chart.

Manchester’s biggest artists over the past 12 months are equally eclectic and include grime star Bugzy Malone (pictured). His most recent studio set The Resurrection is one of three releases by the rapper to appear among the past year’s Top 300 UK albums. Other Mancunian talent to makes the cut, includes veteran artists Johnny Marr and James as well as electronic music producer Floating Points. The city’s impact is felt even more when broadened to take in the whole of Greater Manchester, boosted last year by Wigan rock band The Lathums.

Glasgow owes its ranking in the survey to the recent success of artists such as Texas and Chvrches, while Birmingham’s fourth-place finish is made up of artists drawn from across the decades, including Duran Duran and Laura Mvula.

Leeds’ ranking is led by Yard Act who reached No. 2 with their debut LP The Overload, while Sheffield’s successes include rockers Bring Me The Horizon’s Post Human: Survival Horror and singer-songwriter Self Esteem’s Prioritise Pleasure. The Yorkshire city has a heritage that also includes Arctic Monkeys, Human League and Def Leppard. Doncaster provides pop-punk singer-songwriter Yungblud and indie band The Reytons.

West Yorkshire’s most successful artists of the past year include bass collective Bad Boy Chiller Crew from Bradford and Leeds alternative rock group Alt-J. Thanks to the likes of London Grammar and Jake Bugg, Nottingham also finishes as one of the UK’s 10 biggest music cities, joining Wigan whose successes include The Lathums.

In London, Lambeth finishes as the city’s top borough thanks to a burgeoning hip-hop/rap scene that includes Dave. Lambeth’s other successes include K-Trap, Demo and Krept & Konan, alongside pop artists such as Jessie Ware and Joy Crookes. While Haringey in second place can also boast a number of recent hip-hop successes such as Abra Cadabra, Headie One and Shy FX, its biggest export is Adele who hails from Tottenham, and whose 30 is the top UK album of the past year. Another centre of hip-hop/rap talent is Hackney, which finishes as the third biggest borough for music in the capital with artists including NSG, Unknown T and Dutchavelli.

Fourth-placed Hammersmith & Fulham is led by Shepherd’s Bush rapper Central Cee, whose self-released mixtape 23 reached No. 1 in February. The same borough is also home to Arlo Parks, who last year won the Mercury Prize with her debut LP Collapsed In Sunbeams.

Other top boroughs are Kensington & Chelsea thanks to AJ Tracey, Digga D and Dry Cleaning, and Newham, owing to a hip-hop scene that includes Ghetts, Morrisson and Yxng Bane. Camden claims a Top 10 place by virtue of Coldplay. There are also places for Westminster, led by singer-songwriter Jack Savoretti and rapper Fredo, and Islington whose successes include Little Simz and Wolf Alice.