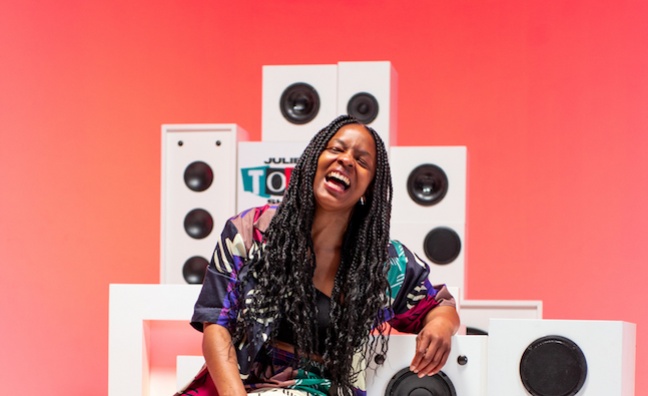 Julie Adenuga is planning to launch a new UK festival with a greater female presence on its bill.

Having stepped down from her show on Apple Music radio, the presenter, DJ, producer and curator is now focusing her efforts on a new creative media platform called Don’t Trust The Internet.

However, she has told Music Week she has plans to make an impact on real-world stages too.

“Oh yeah, I’m not going to say too much on that because I think it [a festival] is going to happen," she explained.

"But I do want to make it clear that I don’t like the idea of people feeling like, if one of us has a shit line-up, someone else should just make another one – because putting on a festival is not easy. I don’t want the event that I do to be almost like a reaction to the fact that people didn’t like Wireless. I’ve been to Wireless, I think it’s a cool festival."

One area where Adenuga's venture will differ from established events is in the make-up of the bill, though.

"But what I do know is the types of artists that the UK has; there’s a lot of space for them in live that I don’t think exists yet.”

Julie Adenuga was speaking to Music Week for our latest issue, which is on sale now.

While Adenuga is turning her attention to the future of festivals, organisers say this summer is tough for the sector. The majority of live events have now cancelled for 2021, while MPs on the House Of Commons' Public Accounts Committee published a report suggesting UK festivals will not survive without a "government-backed insurance indemnity package."