Shoppers paradise lost: Why the biz needs to make sure casual music fans still have physical options at Christmas 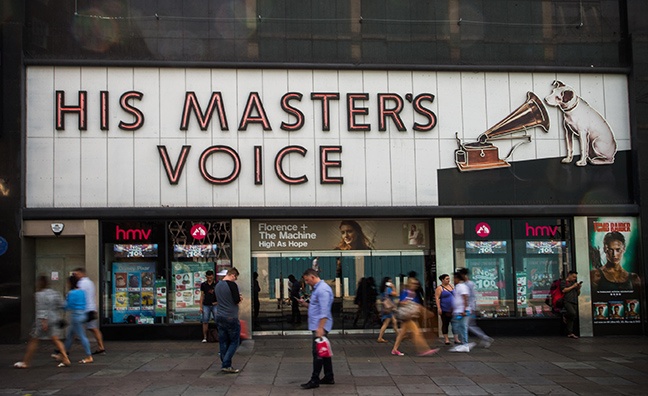 This festive season will be the first in decades where the misery of my annual Christmas shopping trip to London’s Oxford Street will not be rescued by a visit to HMV.

The reborn retailer closed down its flagship store earlier this year. It is thriving elsewhere, of course, including opening a huge new HMV Vault store in Birmingham, while – luckily for the music fans in my family – there are plenty of independent options just off the Oxford Street main drag. But London’s premier shopping destination is now essentially free of physical music, bar a few vinyl albums on sale in Urban Outfitters.

That won’t matter to the hardcore music heads who will find their fix elsewhere, or the fans who get their tunes solely via streaming services. But in gifting season, it will – along with the squeeze on supermarket space and the continued retreat from High Street locations for music retailers everywhere – rob the industry of those spontaneous purchases from casual music fans that contribute hugely to the general health of the business. Not everyone will make the move to streaming, particularly as the £120 annual cost of most services would traditionally be at the top end of per-head music spending.

Generally, 2019 has seen plenty of invention on the physical side of the business, with Taylor Swift, BTS and Tool making sure those loyal to CD and vinyl get plenty of bang for their extra bucks. But the 2019 trend to drop huge albums ever closer to Christmas Day itself also means that it’s harder for the less committed to factor those releases into their stocking-filler plans.

Traditionally, music has played a central role in the great British Christmas, yet there will probably be fewer gifts of actual music exchanged this Yuletide season than in most of the post-vinyl years.

Q4 sales so far have been sluggish and, while hotly-anticipated releases from Stormzy and this week’s Music Week cover star Harry Styles should help change that, it’s notable how much the current top-sellers still rely on physical sales.

Of the Top 20 albums on Friday, only Michael Bublé’s hardy perennial Christmas had more ‘sales’ from streaming than from physical. Few of the others even came close. Eleven of the Top 20 albums moved fewer than 1000 streaming units last week. Eight moved less than 100!

That means there are still plenty of festive physical opportunities out there. Oxford Street shoppers might not be able to take them this year, but the biz should work as hard as possible to make sure everyone else can.