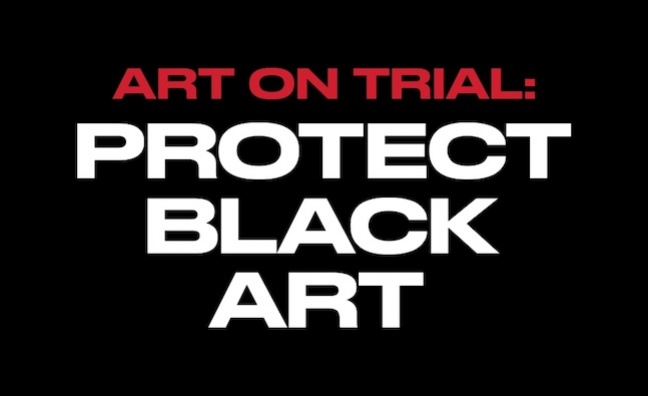 Artists, industry leaders, and legal experts have joined together in a call to Protect Black Art.

The signatories have published an open letter in The New York Times and The Atlanta Journal-Constitution urging legislators across America to limit how creative expression can be used against defendants on trial. Specifically, it calls for an end to the racially discriminatory practice of treating rap lyrics as confessions.

UK rap artists such as Digga D have also been impacted by legal limits on freedom of expression.

Many artists and songwriters who have signed up to the campaign.

Drafted and published by Warner Music Group (WMG), the letter reads in part: “Beyond the obvious disregard for free speech and creative expression protected by the First Amendment, this racially targeted practice punishes already marginalised communities and their stories of family, struggle, survival, and triumph.”

Kevin Liles, chairman & CEO of WMG’s 300 Elektra Entertainment, said: "For decades, a racial double-standard has been employed against Black and Brown hip-hop artists by turning their creative visions against them in courts of law. Enough is enough. If prosecutors are unwilling to end this practice on their own, then laws need to be passed that end this flagrant abuse. On behalf of WMG, I want to thank the extraordinary group of people across our industry and the legal community who are joining us in this critical fight.”

Julie Greenwald, chairman & CEO of WMG’s Atlantic Music Group, said: “Throughout history, artists have created characters and forged narratives that reflect the culture around them. That freedom of expression is essential to the creative process and the role of art in society. The harsh reality is that Black artistic creativity is being threatened at an unprecedented level, and we must make every effort to stop this unethical, discriminatory approach to prosecution.”

Experts have found more than 500 cases involving rap as evidence in public records, and they note this number is just the tip of the iceberg. For the most part, this does not account for indictment proceedings, juvenile cases, or cases that end in a plea bargain, which are the overwhelming majority of outcomes in criminal prosecutions.

Meanwhile, researchers have found only four instances since the 1950s of non-rap lyrics being submitted as evidence – three of those cases were thrown out, and the fourth was overturned after conviction.

Legislators at the state and federal level are already taking action. A bill has been signed into law in California, and there are bills currently under consideration in New York and New Jersey, as well as the RAP (Restoring Artistic Protection) Act introduced by Hank Johnson and Jamaal Bowman in the US Congress.

The #ProtectBlackArt movement began earlier this year when Liles and Greenwald launched a change.org petition, which today has nearly 65,000 signatures.