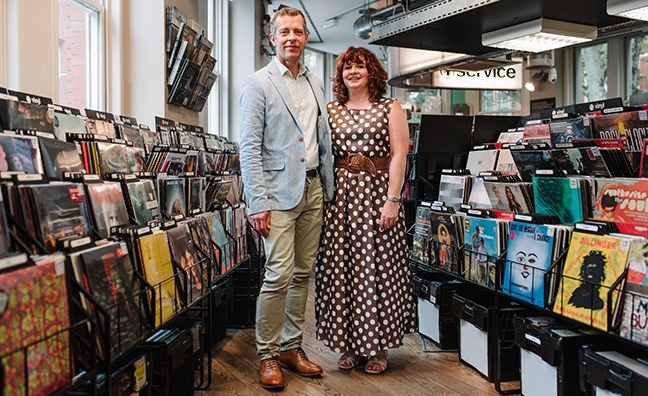 Could there be an upside to the lockdown for the music industry? Music Week’s exclusive analysis of the Official Charts Company’s music and consumption figures over the period show that, after an initial dip, audio streaming has since recovered and is now back above pre-lockdown levels as stuck-at-home music fans make the most of their subscriptions.

As physical sales crashed, the early days of lockdown also saw streaming endure its own mini-slump, despite the entire nation being a captive audience. Audio streams fell 6% week-on-week in Week 12, the dip lasting for three weeks before volume began to return.

After its nadir in week 14 (when a “mere” 2.097 billion streams were served), audio streaming recovered and has actually been above pre-lockdown volumes since week 16.

“And what we’ve seen in recent weeks is more and more people subscribing to those services. Older age groups are deciding to subscribe for the first time and that’s all positive for the industry going forward.”

“Clearly music fans and consumers are seeing the benefit of their music subscriptions while they’re at home and using them heavily,” Taylor told Music Week. “Initially, we had a bit of a dip where we lost the commute and the gym use and people hadn’t reestablished their usual patterns of using music streaming. But now they have and we’re back to solid growth.

We had a dip, now we’re back to solid growth

“That’s encouraging. We want fans to be using their subscriptions because that means they’re much less likely to churn out.”

Indeed, while premium audio streams were falling in the early weeks of lockdown, ad-funded streams actually grew in volume in weeks 13-17 – rising as high as 346m, 60m above their pre-lockdown level. That suggests many people were using the time in isolation to finally give streaming a go.

“Some people were just using ad-funded because they always have, but were using it a bit more,” Bayley said. “But some new people were using it for the first time. A number of those ad-funded streamers will convert to premium going forward and probably already are doing so. That’s a general good news story for the industry.”

“Hopefully that will prove to be the funnel,” added Taylor. “That’s a big part of that free streaming tier; people try it and then hopefully see the advantages of a premium subscription where we make a lot more value.”

And so far, the executives have seen few signs that coronavirus will slow the boom in streaming subscriptions that has returned the music business to growth in recent years.

“I’d be surprised if there was a significant amount of churn, given that the majority of people don’t have multiple subscriptions like they do in film,” said Bayley. “Our recent tracking study showed us that subscription numbers are still growing so I think that will continue through lockdown.”

“From what we can see, we’re still seeing growth in subscription numbers so that part of the business is resilient and that’s really important,” said Taylor. “We’re not complacent because we’re not immune [if the crisis impacts] consumer confidence and discretionary spending.

“We’re seeing a recessionary impact from the fact that so many people have been furloughed or are unable to work and those people’s household incomes are under pressure,” he added. “We hope that music subscriptions will be one of the things that people will want to hold onto, because they’re used so heavily and all the research shows people who subscribe absolutely love it. It’s a very popular and probably under-valued product. So, provided this doesn’t go on too long, we’re reasonably confident we’ll be OK.”

*For our full, exclusive lockdown analysis, see the current edition of Music Week, available now in print and digital editions, or click here. To make sure you can access Music Week wherever you are, subscribe to our digital issue by clicking here.