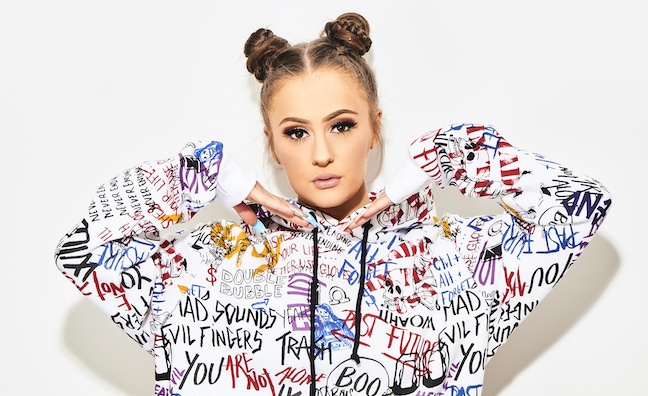 The show, Planet Weirdo with Holly H, is hosted by the TikTok influencer and launches on Friday, February 25, exclusively on Amazon Music.

Holly H has over 16 million followers on TikTok, where she has amassed over a billion video views, making her the platform's biggest creator outside of the US.

She’s been featured on the cover of The Times Magazine, hosted the official red-carpet livestream for the BRITs and was named the most influential social media star in the UK music industry. She creates viral social media content watched by millions each month.

In each episode Holly H, and her co-host Gi, delve into the world of ‘weirdness’ with a special guest. In the first series, listeners can hear from Shakira, Tom Daley, Benny Blanco and more.

Holly H said of the Amazon Original; "It's been incredible working with Amazon Music on the Plant Weirdo podcast, after so many epic years on social media, it's been great to finally bring my voice to a whole new format! And we've had a blast doing so - hanging out with some very cool friends and familiar faces, we're exploring what makes each and every one of us on this planet, weirdly wonderful!”

Planet Weirdo with Holly H is the latest Amazon Original podcast from Amazon Music, following the launch of the new season of The Missing with Pandora Sykes, Ask Ovie with Ovie Soko, +44 Podcast hosted by Zeze Millz and Sideman and Three Little Words with John Bishop and Tony Pitts.

Planet Weirdo with Holly H was produced by Stak. WME represents Holly H and Stak and negotiated the deal on behalf of both parties.