It was written: The biz picks the greatest living songwriters 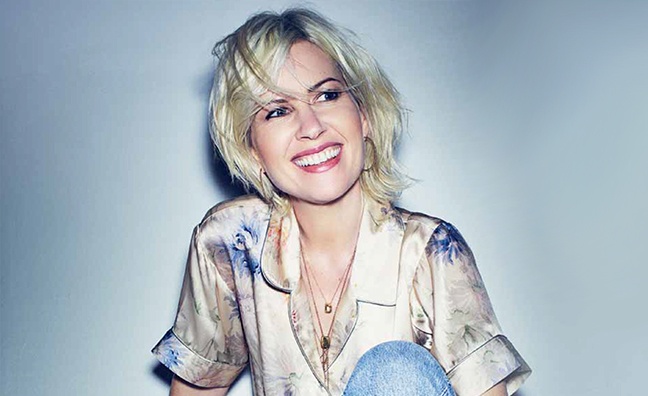 In last week's edition of Music Week, we took an in-depth look at the world of songwriting, including a sit down with superstar hitmaker Camille 'Kamille' Purcell, plus Guy Chambers and Mark Ronson. As part of our celebrations we also asked a selection of the biz's stars to name the greatest living hitmaker – naturally, we got more replies than we knew what to do with. Here, you can read another selection of big name choices...

Dan Auerback and Patrick Carney (The Black Keys)
“I love The Black Keys. I love what they did with their music, how they took old school rock and made it sound fresh. I love the whole approach. They’re retro in some ways, but it feels very modern in the way they do a spin on everything and make it current.”
Marcella Detroit (Shakespears Sister)

Dido
“With Dido, there’s an honesty, there’s an authenticity and she can write songs and connect with the man or woman in the street. It’s a very honest approach to songwriting, and then you mix that in with her own vocal, which is probably one of the most recognisable vocals out there, and that’s the winning combination.”
Alistair Norbury (president, repertoire and marketing, BMG UK)

John Grant
“I am genuinely enthusiastic about the music of John Grant, who I first heard at Glastonbury maybe three years ago when he was performing on the John Peel Stage. I was absolutely struck by it and now listen to him all the time. I hate the fact that he’s an ASCAP member, but he’s brilliant.”
Robert Ashcroft (CEO, PRS For Music)

Elena Tonra (Daughter/Ex:Re)
“I love Ex:Re’s [Elena Tonra] music at the moment. The lyrics are really honest, but are beautifully and deliberately crafted as well. The arrangements are a bit more spacious and sparse than the Daughter records, which leaves more room for Elena’s voice and the lyrics, which feel very personal.”
Olga Fitzroy (recording engineer and MPG executive board member)

Camille Purcell
“She just has fantastic ideas, she’s so versatile. She’s just an amazing songwriter who can turn her craft to whatever she needs to do. She befriends the artists she works with, who admire her and love writing with her. She just has that star quality in a writer that you don’t get everyday. It’s a rare thing that comes along once in a while. She was pigeonholed into the pop lane from doing Little Mix [Shout Out To My Ex, Black Magic], Fleur East and working with all those Syco acts, but she has so many more strings to her bow. She is just a fantastic songwriter. If you want a great song and if you want a hit, she will write it.”
Lisa Cullington (VP, creative, BMG UK)

“Camille Purcell is amazing, she’s on the BMG roster. Having met her and heard her talk about her journey, I just think she’s incredible and a real role model for women out there who want to get into songwriting and production. She gets my vote.”
Gemma Reilly (VP, UK marketing, BMG UK)

LP (Laura Pergolizzi)
“I'm really into LP, she writes such joyous pop both for others and an artist in her own right. Her breakout hit song was Lost On You [2016] – check out her vocal range, it's a big, powerful, emotional song, and she’s got an ear for really catchy, groovy hooks that are edgy and cool. But she had spent 10 years honing her skills writing big hits for Backstreet Boys, Christine Aguilera and Rihanna, including Cheers (Drink to That). She’s big in the US and most of Europe, it’s time she became huge here too.”

Simon Aldred
“Simon Aldred, aka Cherry Ghost, who has written for the likes of Liam Gallagher and Avicii and I really like his previous records, that last album Beneath This Burning Shoreline is a bit of a lost gem. He’s probably one of my favourite current songwriters at the moment, it’s interesting to see the way he’s broadening his music and the kind of artists he’s working with as well."
Jason Rackham (MD, PIAS)

Luke James Williams
“I’m involved right at the coalface of BBC Introducing, so my job at 6 Music is actually playing people you’ve never heard of. My best tip for somebody you’ve never heard of is Luke James Williams. He has a song called Still In Bed that, within 70 seconds, devastates me into tears every time I hear it.”
Tom Robinson, (broadcaster, BBC Radio 6 Music)

Weyes Blood (Natalie Mering)
“I’m really into Weyes Blood, I really love that record [Titanic Rising], it’s got really beautiful arrangements and really good songwriting on it. I like the ambition on it, the lyrics and musicality. I love ambitious music making.”
Daniel Pemberton (composer)

Adrienne Lencker
“Adrienne Lencker from Big Thief. She’s incredible as a songwriter and guitarist. She gets across emotions very amazingly and puts you in a headspace where you can really get lost in it.”
Arlo Day, artist

Sufjan Stevens
“It feels harsh to pick one writer, but can't think of many to match Sufjan Stevens' ambition and range. Amid the capital-G genius of Seven Swans, Illinois and Carrie & Lowell, there's still space to explore Christmas collections, soundtracks and a sincere tribute to Tonya Harding.”
Adam Webb, campaign manager, FanFair Alliance

Sharon van Etten
“Sharon van Etten's latest album has truly solidified her status as a top songwriter for me. She has a real talent for capturing the mundane aspects of life and relationships and turning them into something beautiful.”
Phoebe Rodwell, membership and projects coordinator, AIF